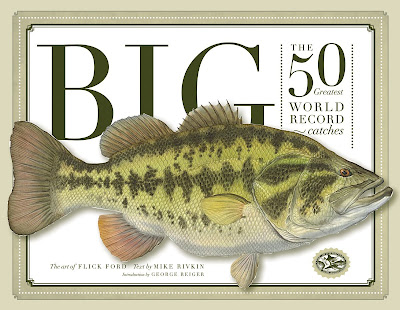 A must-have book for every avid angler...

This past Christmas, my favorite gift was a signed copy of the book BIG: The 50 Greatest World Catches. This is a must read for every avid angler. This book is an elegant coffee table piece that displays renowned artist, Flick Ford's, fish paintings of 50 of the IGFA's world record catches. In addition to Flick's paintings, author Mike Rivkin provides a nice summary and facts about each species represented. This is true masterpiece that deserves a place on your coffee table or in your angling library. 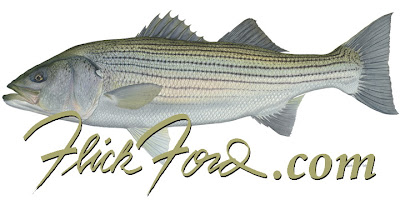 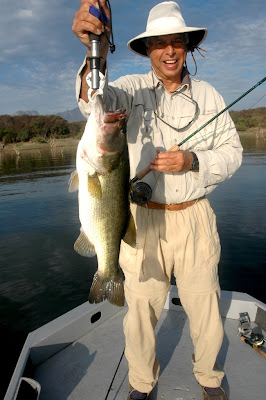 Some of our customers just returned from Anglers Inn at Lake El Salto with wonderful reports of trophy Largemouth Bass landed on the fly. They experienced excellent topwater action during the morning and late afternoon hours. The HOT topwater flies were patterns that have a distinct baitfish profile such as the Crease Fly or Bubble-Head. The best retrieve for these flies was two hard strips followed by a loooong pause of 5 - 10 seconds. Most of the trophy Bass exploded on the fly during the pause... be patient!

During the midday hours, anglers stay in the action by fishing subsurface with light sink-tips (clear-tip or type 3). The most productive subsurface fly was the #2 Gummy Minnow (brown or pearl).

During the fall and winter months (pre-spawn), Lake El Salto has prime fly fishing opportunities for trophy Largemouth. The lake temperature is optimal in the top water column, causing the bait (Tilapia and shad) to reside in the shallow water environs. Prowling Bass will hold and ambush the bait along shoreline rip-rap and near-shore structure, such as submerged trees or brush. At times, it is quite a spectacular scene to see these jumbo Bass ripping up the bait, leaving the surface in a bubbly froth.
Here are a few more photos from last week's group at Lake El Salto! 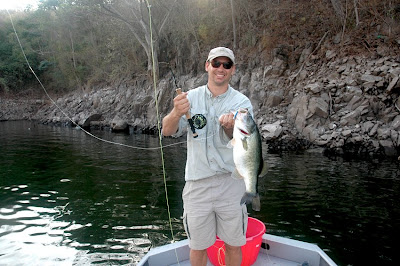 Jon with a trophy Bass taken off the rock wall... 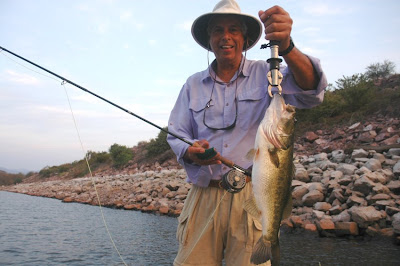 George with his "bucketmouth" along the rip-rap 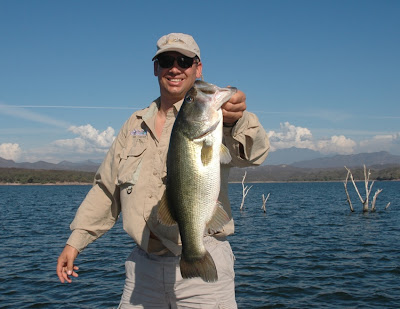 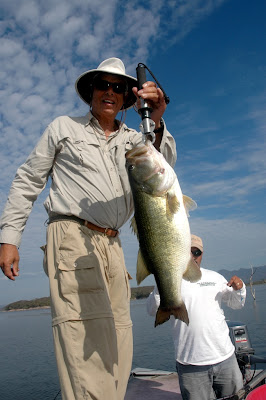 Another trophy Bass for George...
Posted by Keith Kaneko at 9:58 AM 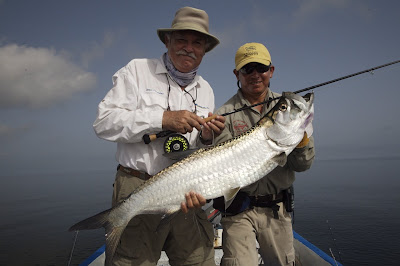 Author, Chico Fernandez, with a Yucatan Tarpon
Hot off the press! Check out the latest issue of Fly Rod & Reel (March 2009 issue) and go to page 20 for an article titled "Yucatan Babies". Chico Fernandez authored this informative article about Isla del Sabalo and Tarpon Cay Lodge. Chico hosted a group with us last summer and experienced some of the best Tarpon fishing in the Yucatan. Read on... and Fish On!
Posted by Keith Kaneko at 11:06 PM 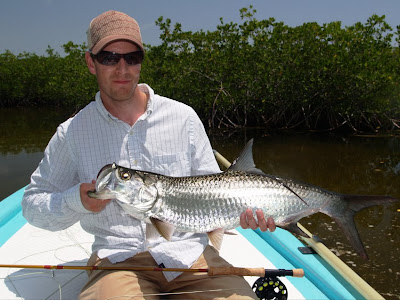 Excellent winter baby Tarpon fishing near Cancun!
Many people head southward to leave their winter lairs and warm up with some tropical sunshine! Why not try a day or two of fishing while you and the family are vacationing in the Cancun area. Just north of Cancun is a wonderful fishery named Isla Blanca. During the winter, it offers some excellent baby Tarpon and Snook fishing. These species dwell amongst the many mangrove-lined channels, lagoons, and adjacent turtlegrass flats. Contact us if you have any questions about booking a day guide trip at Isla Blanca. Muchas Gracias!
Posted by Keith Kaneko at 11:19 PM 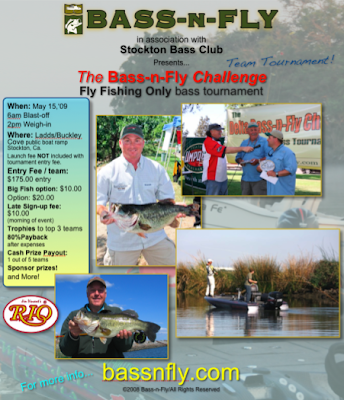 Mark your calendars for May 15th!!! Join the excitement of tournament fly fishing for Largemouth Bass on California's renowned fishery, the "Delta"! This is Bass-n-Fly's second annual Delta tournament and we look forward to seeing you there!

Go to the Bass-n-Fly team website for more details about tournament information and registration.
Posted by Keith Kaneko at 12:11 AM