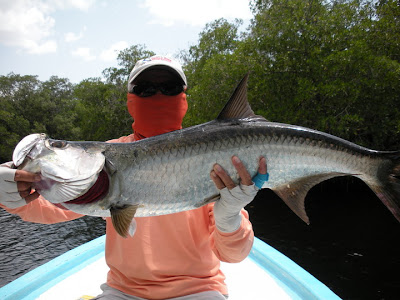 We just received a fishing report from our good friend and customer, Jon H. of Cupertino, CA. Last week he fished Isla del Sabalo and reported a successful trip with good fishing. Here is his fishing report and some other insightful comments:
"My tarpon count was twenty two, one small snook, a two foot long barracuda and a few pargo.....one around three pounds. I asked Lee [Haskin] to tie up some Gurglers and he added a couple Neutralizers. Caught six tarpon using those two patterns in the creeks and lakes."
Well, it looks like we may have to add a couple more of Lee Haskin´s patterns to our recommended list of flies for Isla del Sabalo! Way to go Jon!
As a side note, I am blogging to you from Tarpon Cay Lodge this week. I will be fishing Tarpon Cay through Wednesday, and then heading to Isla del Sabalo for another few days. I will blog again tomorrow with a report from Tarpon Cay Lodge. Good fishing to you all!
- Keith 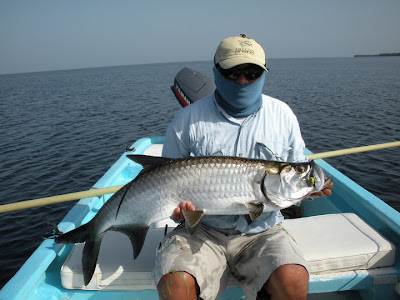