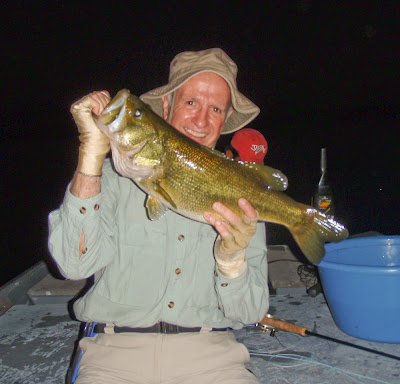 I just received a nice report (below) from Ray Narbaitz (Chico, CA) and friends who just returned from a trip to Anglers Inn - Lake El Salto.

"My fish weighed 9 pounds, and the fish Diane Gaumer caught went 9 1/2 pounds. Both were caught on poppers.

The other picture (below) I'm calling, "Talapia's Revenge." It was about a 6 pound bass that choked to death trying to eat a Talapia that was too big for it.

It was a great trip. Everyone enjoyed it, the fishing and weather were great, and the staff was super. If you ever need a recommendation for someone, have them give me a call. I can say go for it with no reservations.

Thanks for your help.

Ray Narbaitz"
Thanks for the great report Ray! 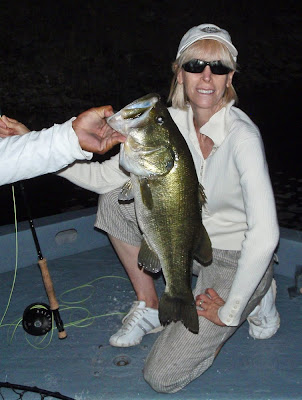 Diane Gaumer landed this behemoth 9.5 on a popper! 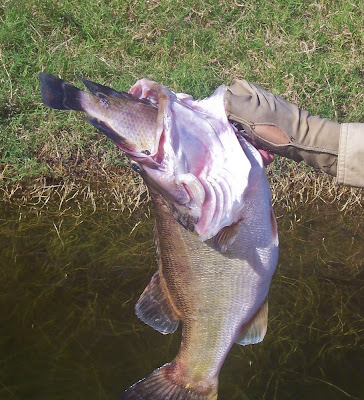